Scroll down for photos

with links to high resolution files

These public relations materials are
posted as a service to journalists.

Videos of complete talks to youth and adults, filmed in 2011

The Gilded Leaf
by Patrick Reynolds and Tom Shachtman

Q&A – (With journalists FAQs, or see videos above)

A memoir: Deaths from Smoking
in the RJ Reynolds Family

STATISTICS FOR JOURNALISTS
Include some tobacco stats in your article, perhaps in a side bar:

Your State’s current spending on prevention and cessation, plus tobacco’s toll in your State (Click on your State in the map of the US.) 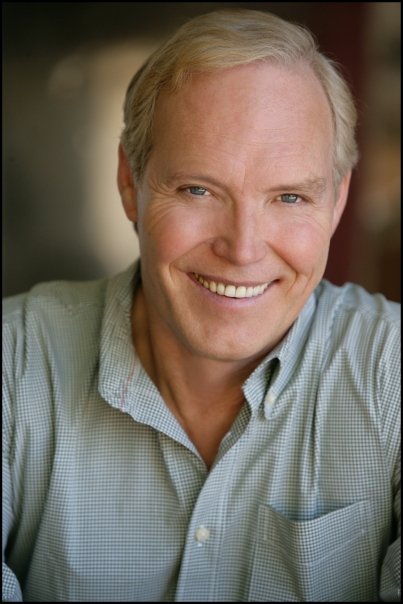 THE GILDED LEAF, a biography of the R.J. Reynolds family
by Patrick Reynolds and Tom Shachtman, Little Brown 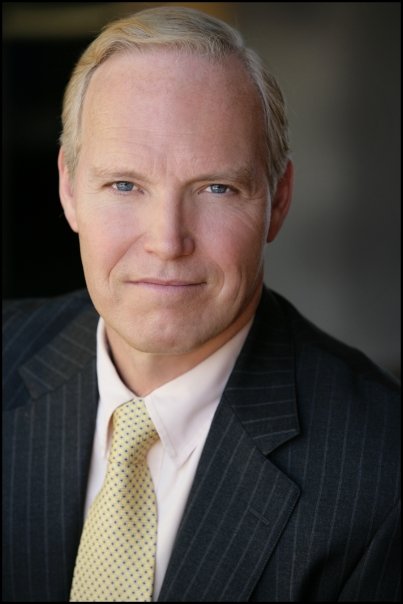 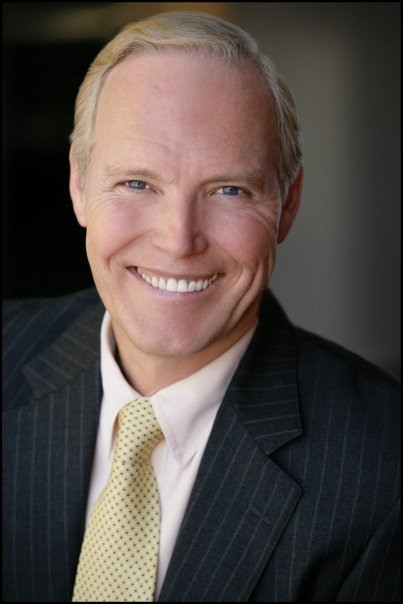 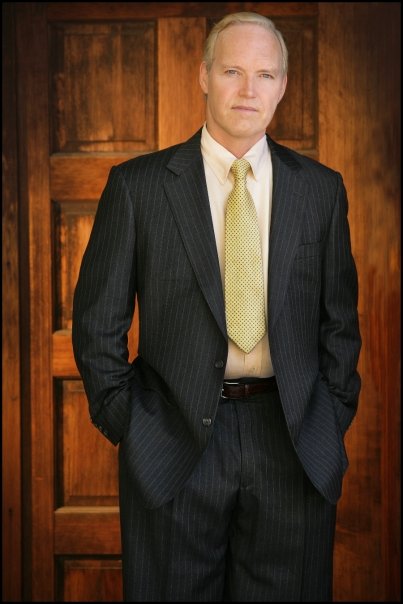 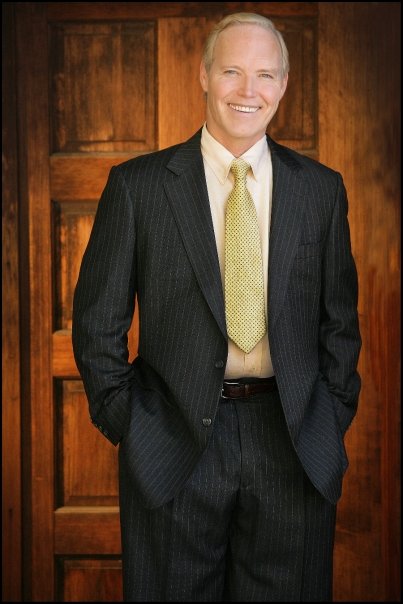 See below for graphics design ideas for lecture promo posters.

Graphics design idea for lecture promo posters
Another idea is to add black to edges, and
superimpose cig butt with smoke, below.

Photo was taken for this AP story about California’s Prop 29,
a proposed $1 per pack State tax increase on tobacco. Reynolds was among
the advocates campaigning for the measure. Too close to call on election
day, it lost by 38,000 votes out of 5 million cast. 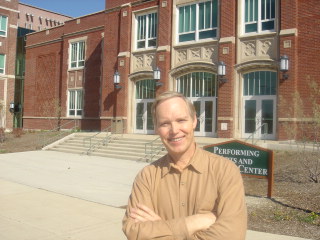 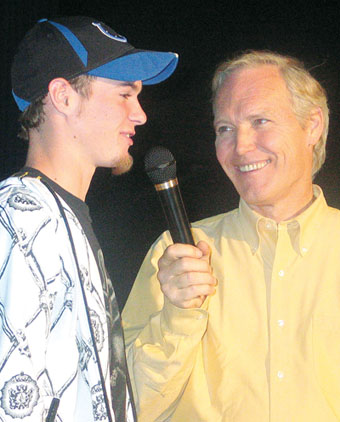 Patrick Reynolds talks with La Grande High senior Shawn McAdams during his presentation about the addictive nature of tobacco and its harmful effects. 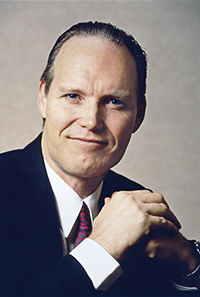 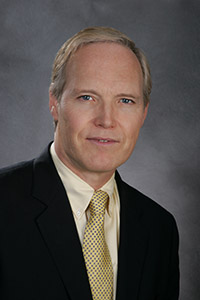 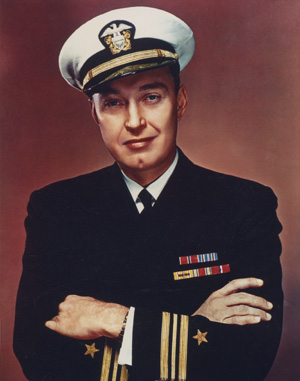 Mr. Reynolds uses this image in his DVD and
live talks to youth.

BEFORE: Patrick’s father, R.J. Reynolds, Jr. in 1946, in good health at age 40. A Lieutenant-Commander in the Navy in WWII, he was navigator for a task force in the Pacific. He smoked since his teens, first Camels and later Winstons. Patrick Reynolds’ book, The Gilded Leaf, was published by Little, Brown in 1989. It tells the biography of three generations of the Reynolds family. Now out of print, it may be found at most libraries, used bookstores, or ordered through a book search by www.amazon.com.

No permission required for this photo. 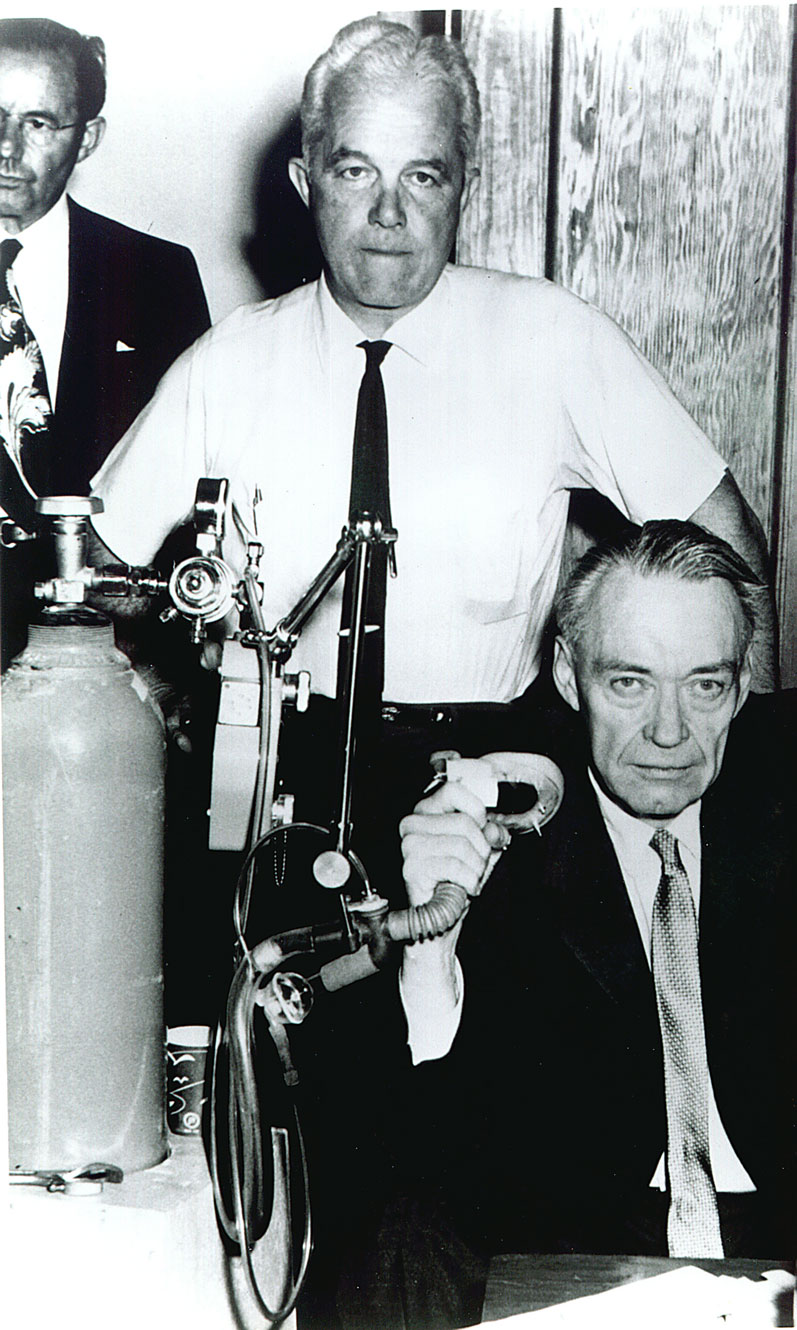 Mr. Reynolds uses this image in his DVD and live talks to youth.

AFTER: R.J. Reynolds, Jr., in 1962, age 56, terminally ill with emphysema, caused by his lifelong smoking habit, holding an oxygen bottle. Taken during divorce proceedings against his third wife, Muriel Marston, in Darien, Georgia. He remarried Annemarie Schmidt, and died in Switzerland in December, 1964. 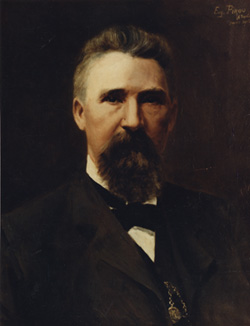 R.J.REYNOLDS, who founded the tobacco company in 1875, began manufacturing Camel cigarettes in 1913. He died in 1918, of cancer of the pancreas, after a lifetime of chewing tobacco — ironically, the same product which established his fortune, and earlier, his father’s, in the tobacco business.

PATRICK REYNOLDS COLLECTION
No permission required for this photo. 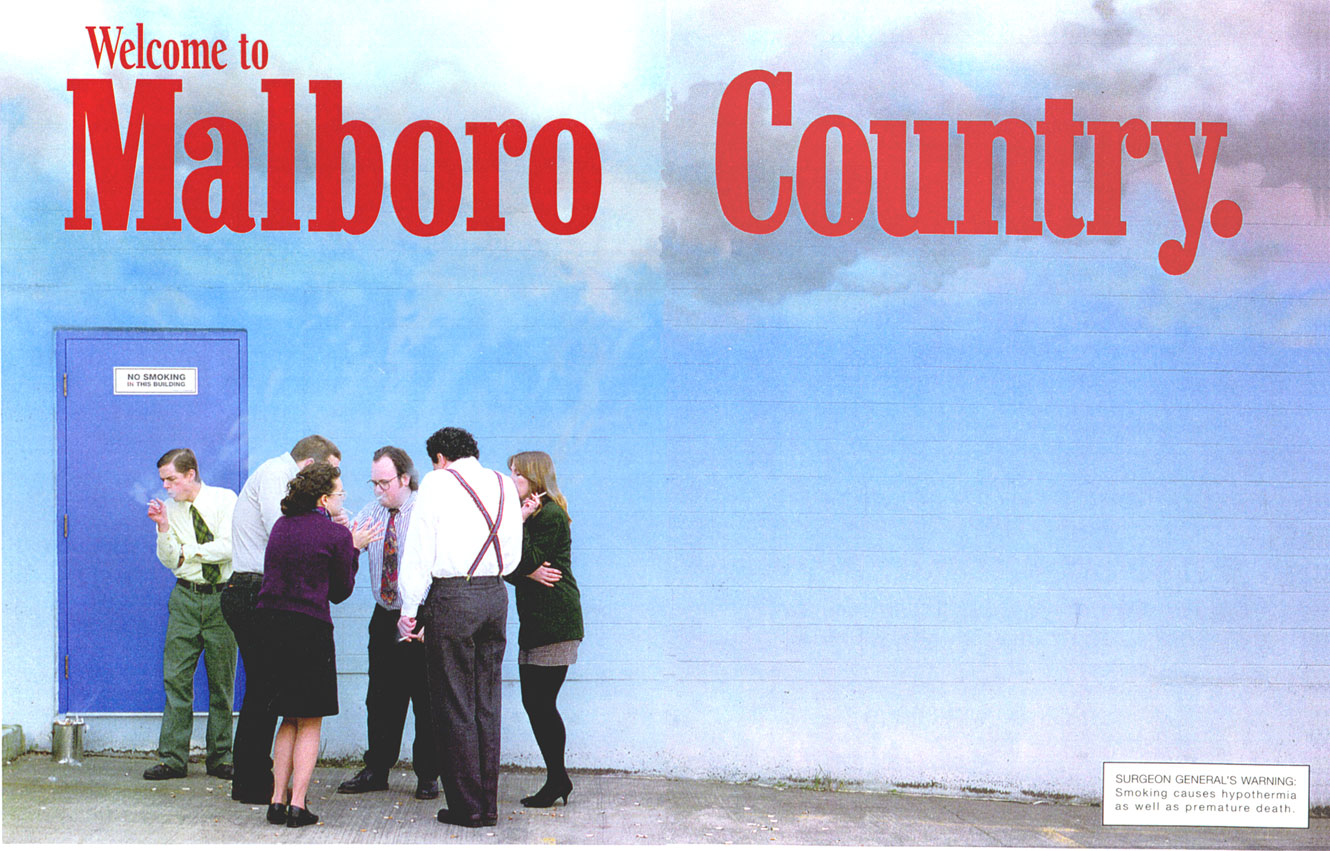 Mr. Reynolds uses this overhead in his DVD and live talks to youth. 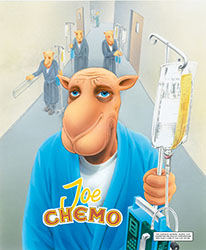 Joe Chemo with an IV, with more Joes
standing in a hospital hallway

Web (not for printing)

Joe Chemo in a hospital bed.
Mr. Reynolds uses this overhead in his DVD and live talks to youth.
No permission required for students and teachers.
Please contact JoeChemo.org for other usage.
4×6 jpg 5×7 jpg

Web size (not for printing) 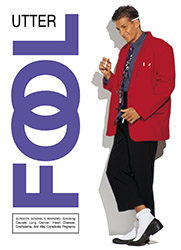 Mr. Reynolds uses this overhead in his DVD and live talks to youth.
4×6 jpg
5×7 jpg

Web (Not for printing)

A frame from the new DVD.

892k jpg – Darker, much less detail in audience,
made using the file above but not an improvement 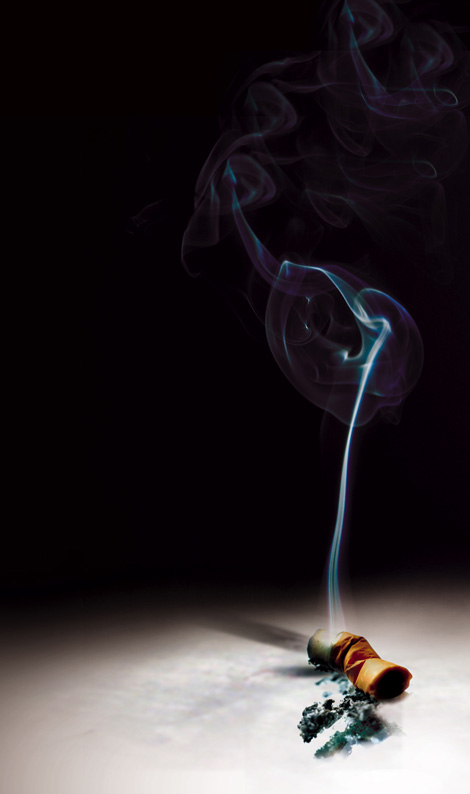 The image above was created from the one in the box above. In one highly successful art design, it was superimposed with the image at left.

In the version for download below, the black area overhead was extended to create a vertical layout. The extra black area on top left room for poster copy, and matched the image at left when the two images were superimposed.

NOTE: The files below are 28 MB and 53MB TIFF files, and require a few minutew to download. 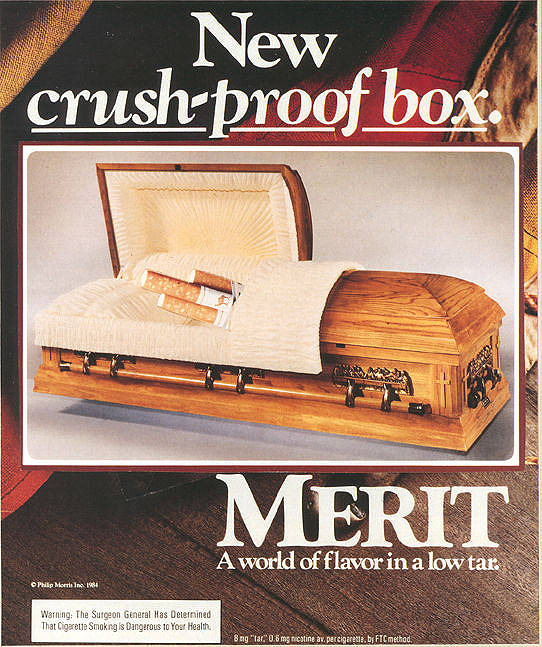 In BADvertising Country, artist Bonnie Vierthaler counters the seduction of tobacco ads by doctoring them up to make them honest. By juxtaposing silly, gross and disgusting images on top of tobacco ads, she jolts people into realizing how tobacco ad imagery is concealing the truth, manipulating young people into tobacco addiction. Best of all, at her site you can learn How to BADvertise yourself, using scissors and glue or computer and mouse.Artist Bonnie Vierthaler’s email is bv@badvertising.org. No permission neccessary, but art credit is requested.

In Patrick Reynolds’ university lecture, one theme is the power of the tobacco lobby over Congress. 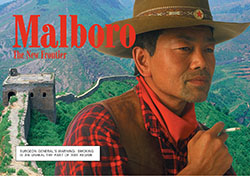 Web (Not for printing) 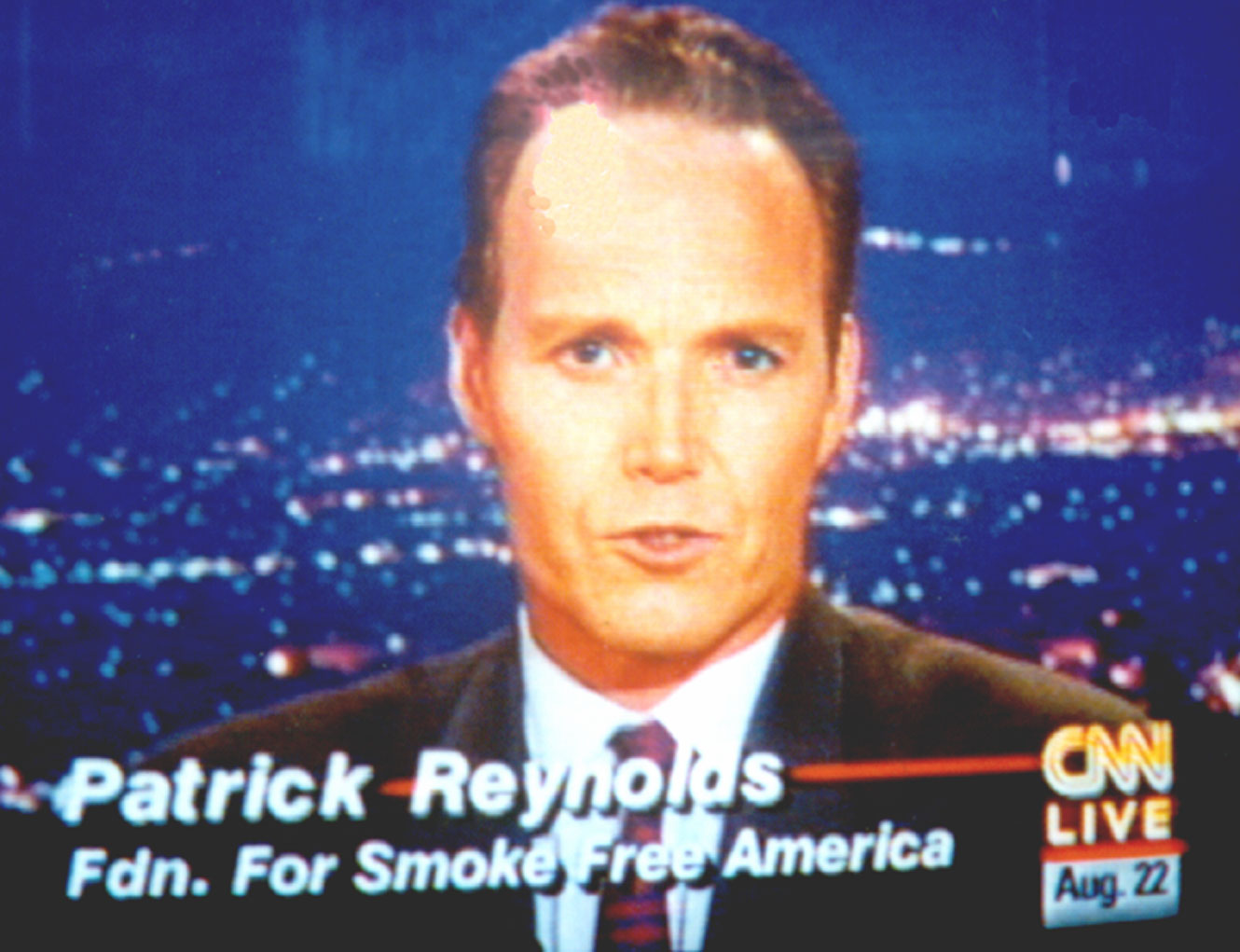 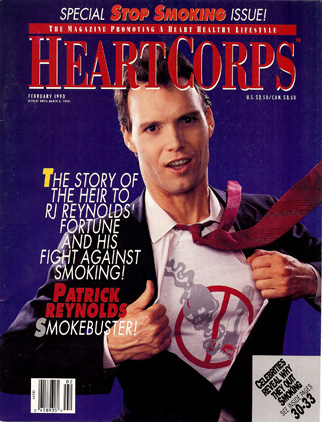 Patrick Reynolds in 1989, with former Surgeon General C. Everett Koop at a meeting in Washington DC

Former Surgeon General C. Everett Koop commented, “Patrick Reynolds is one of the nation’s most influential advocates of a Tobaccofree World. His testimony is invaluable to our society.” They met on May 3, 1989 in Washington, D.C.

In December, 2003, Dr. Koop renewed this statement of support for Patrick and the 501c3 non-profit group he runs, The Foundation for a Tobaccofree World.

Mr. Reynolds gave the keynote address on World No Tobacco Day, May 31, 1995, before the UN World Health Organization’s Child Health 2000 conference in Vancouver. Here, second from right, on a discussion panel following his talk. No permission required. 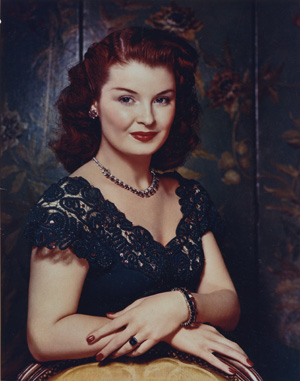 Patrick’s mother, MARIANNE O’BRIEN REYNOLDS, in 1946, age 30, newly married to R.J. REYNOLDS, JR. In order to marry her, he paid $9 million to divorce his first wife. A former starlet under contract to Warner Brothers, Marianne began smoking around this time, because she thought it would please her husband. However, he was very unhapy about her taking up the habit, even though he smoked himself. Later she would suffer from angina and have two heart attacks. MArianne died in Miami in 1985 of a stomach aneurism.

PATRICK REYNOLDS COLLECTION.
No permission required for this photo. 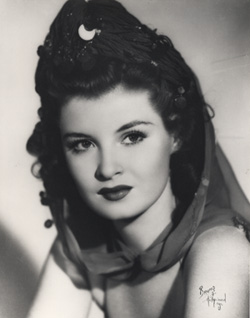 Above: Marianne O’Brien, late 1944. When she opened her first letter from Dick Reynolds, out fell several hundred-dollar bills. Dick wrote her to have pictures taken of herself, mail him copies, and not to object, because “the money is better spent helping your career than moldering in some bank.”

More photos are at our online press kit for Mr. Reynolds’ educational DVD, A Talk With Your Kids About Smoking

Planned gifts allow you attain your philanthropic goal of supporting the fight against tobacco, while still meeting your present financial needs. Planned giving involves integrating your charitable gift into your overall tax and estate planning objectives, so as to maximize benefits to both the donor and Tobaccofree World. Such gifts often come from a donor’s assets instead of income, and may be either deferred or outright. We highly recommend that donors consult with their own legal or tax advisors. We will be pleased to call you to discuss a planned gift.

We will be pleased to speak with you or your representative to discuss a planned gift. Please email us or call Patrick Reynolds at +1 (310) 880-1111.